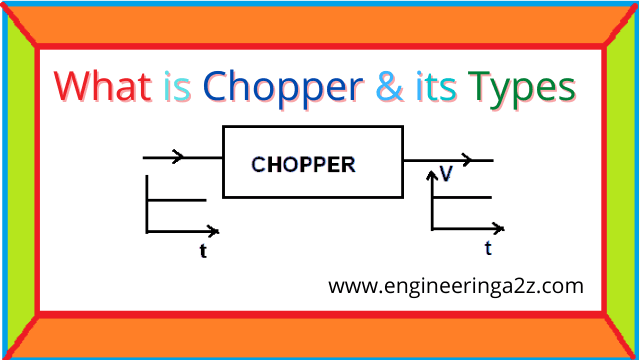 Chopper is a device which convert fix DC into variable DC. In a chopper circuit, a thyristor is used to switch ON supply to the load for certain intervals of time and switch OFF supply for another certain interval of time. The cycle of operation is repeated. The thyristor act as a high speed switch.

For turning ON the thyristor gate signal is applied and to turn it OFF, some method of forced commutation is applied. By varying the ON and OFF period, the voltage across load can be controlled.

A chopper is a high speed on/off semiconductor switch. It connects source to load and disconnects the load from source at a fast speed. During the period Ton chopper is ON and load voltage is equal to source voltage Vs. During the interval Toff . Chopper is off load current flows through the freewheeling diode (FWD). As a result load terminal are short circuited by FWD and load voltage is therefore zero during Toff in this manner a chopper dc voltage is produced at load terminals. During Ton load current rises whereas during Toff load current decays.

Choppers are of following two types.

When SCR is turned ON, the inductor current beings to rise linearly and energy is stored in the inductor. When SCR is turned OFF, the stored energy in inductor “L” is transferred to capacitor through diode “D” and then capacitor “C” stars charging resulting in the rise of of load voltage. The output voltage can be controlled by changing the Ton and Toff duration of the chopper.

It is basically a series switch which can be turned ON and OFF at high frequency to get train of square pulses across the load. The SCR used in the circuit act like a switch; Diode connected across the load provides path for the inductive load current when SCR is open.

When SCR is not conducting, the voltage across load is zero. When SCR is turned on the load voltage is V0 = Vdc and load current arises exponentially. 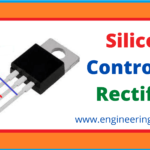 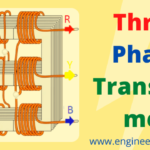