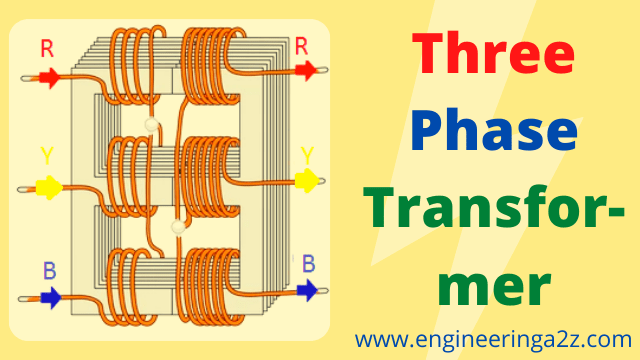 A three-phase transformer can be built by having its three primary and three secondary windings on a common magnetic core. The basic principle of a 3-phase transformer. The three single-phase core type transformers, each having their primary and secondary windings on only one leg, have their unwound legs combined to provide a return path to the magnetic flux. Their primaries and secondaries can be connected in a star or delta.

The various accessories used in the transformer are :

The function of high voltage bushings is to provide insulating support to a conductor passing through earthen tank. A bushing is necessary when a conductor is taken out through a metallic tank, at earth potential. It can be used up to 20 kV.

Oil filled bushing is used for 33 kV applications. For 132 kV and above, oil impregnated paper condensor bushings are used.

The breather is filled with silica gel. The function of silica gel is to absorb moisture. It is fitted between the air space of the conservatory and the outside vent. The breathing of transformers during load takes place through breathers. When the load increases, the oil expands and the air from the conservator is expelled.

Dry silica gel is of pale pink colour. It turns blue when it absorbs moisture. The wet silica gel can be re-used after drying.

Buchholz relay is mainly used with the transformer having capacity of 500 KVA.

Buchholz relay is to detect internal fault of the transformer.

Tap changer is fitted with the transformer for adjusting the secondary voltage. The adjustments in secondary voltage can be made by OFF circuit tap changer. Such adjustments are for seasonal load variations. The tap is changed only after opening the circuit breaker on the supply side. Baily or short time voltage adjustment is made by means of ON load current. The modern practice is to install the type changer within the transformer tank.

A three phase transformer’s basic working principle is similar to that of a single phase transformer. It is based upon Faraday law of electromagnetic induction for mutual induction. “when the AC supply is given to the primary winding with the voltage V and alternating flux ϕ is set up in the core of the transformer, which links with the secondary winding and as a result of it an EMF is induced in it called mutually induced EMF.

The direction of these induced EMF is opposite to the applied voltage V this is because of the Lenz’s law Physically there is no electrical connection between the two windings but they are magnetically connected therefore the electrical power is transferred from the primary circuit to the secondary circuit through mutual inductance. The induced EMF in the primary and secondary winding depends upon the rate of change of flux linkage i.e. Ndϕ/dt. 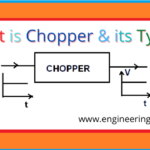 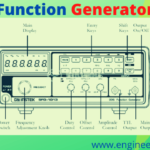