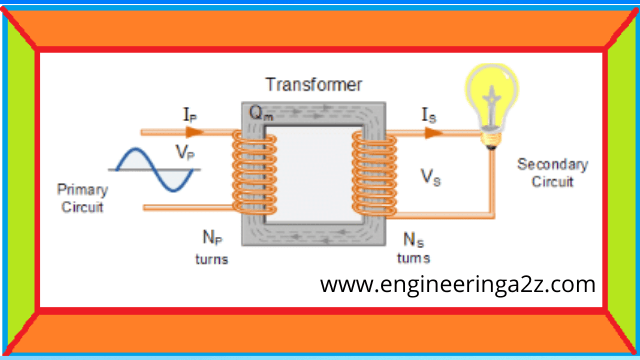 It works on the principle of faraday’s laws of electromagnetic induction or mutual induction. “It states that the rate of change of flux linkage with respect to time is directly proportional to the induced EMF in a conductor or a coil“. Hence mutual induction between two or more winding is responsible for transformation action in an electrical transformer.

A single phase transformer consists of primary and secondary winding put on a magnetic core. Both windings are magnetically connected but not electrically both the types of windings and magnetic core in transformer are discussed below.

Transformer core is static device that transmit power from one source to another through electromagnetic induction. These are pieces of magnetic material with a high magnetic permeability, which is used to guide magnetic field in Transformers. The magnetic flux produced by the primary winding will pass through this low reluctance path linked with secondary winding and create a closed magnetic circuit. The core is made up of thin laminations of high grade silicon steel. To minimise the Eddy current loss the thin laminations of about 0.3 mm to 0.5 mm are used in the core. Each lamination being insulated from each other by a light coat of varnish.

The working principle of transformer is based upon Faraday law of electromagnetic induction for mutual induction. “when the AC supply is given to the primary winding with the voltage V and alternating flux ϕ is set up in the core of the transformer, which links with the secondary winding and as a result of it an EMF is induced in it called mutually induced EMF. The direction of these induced EMF is opposite to the applied voltage V this is because of the Lenz’s law Physically there is no electrical connection between the two windings but they are magnetically connected therefore the electrical power is transferred from the primary circuit to the secondary circuit through mutual inductance. The induced EMF in the primary and secondary winding depends upon the rate of change of flux linkage i.e. Ndϕ/dt. 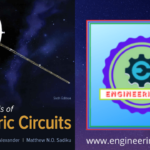