There are indicating instrument which are used to measure current & voltage. In moving iron instrument the movable system consists of one or more pieces of specially- shaped soft iron, which are so pivoted as to be acted upon by the magnetic field produced by the current in coil.

2. Repulsion Type Moving Iron Instrument :- The instrument work on the principle of repulsion of two magnetic iron pieces when two magnets are placed such that their similar pole face each other, a face of repulsion acts on them.

Deflecting torque is provided by the force of repulsion between two similarly magnetized iron pieces.

Controlling torque is provided by use of spring control or gravity control method. 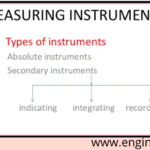 Classification of Measuring Instruments
Next Article 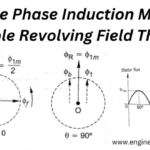