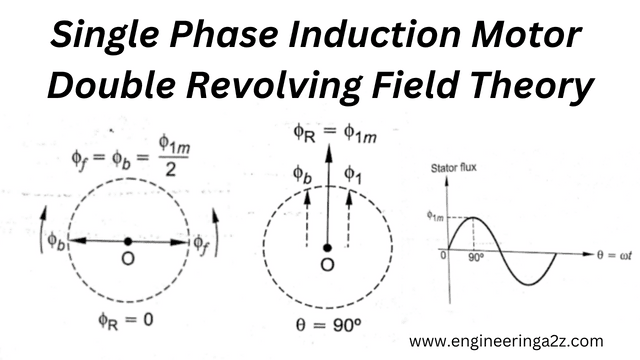 As the name shows, single-phase motors run on single phase supply. Such motors are of small size i.e., their output voltage is less than one horse power that is why these motors are also called Fractional Horse Power motors. These are manufactured in a large number & are of various types to perform the services in the home appliances, offices, factories, shops etc.

Two theories have been suggested to find the performance of a single phase induction motor:

At start, both the components are shown opposite to each other. Thus, the resultant фR  = 0. This is nothing but the instantaneous value of the stator flux at start.

This is nothing but the instantaneous value of the stator flux at θ = 90°. Thus, continuous rotation of the two components gives the original alternating stator flux.

At start, these two torques are equal in magnitude but opposite in direction. Each torque tries to rotate the rotor the rotor in its own direction. Thus, net torque experienced by the rotor is zero at start. And hence the single-phase induction motors are not self starting. 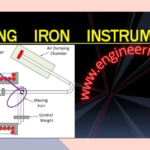