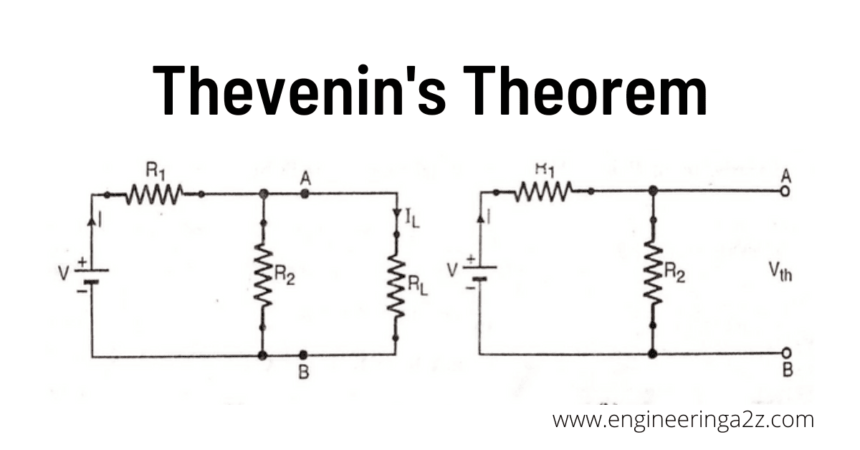 The circuit theorem is basically defined as the arrangement of voltage source (Vs), resistance and other circuits elements is called a network. A network as shown in figure is a simple one and can be solved for finding out voltage or current of any element by the application of simple law i.e., Ohm’s law. However network shown in figure is such that only Ohm’s law is sufficient to solve this network.

So other laws known as Kirchhoff’s laws are used for solving this type of network. In many circuits, application of these laws don’t give quick and easy solution, so to overcome this difficulty other network theorems and techniques have to used. These theorems are :

By the uses of the above theorem complicated network can be reduced to simple circuit and analysis of the circuit becomes easy and simple.

Consider a network as show in figure. It is used to find the current IL through load resistance RL connected across two terminals A & B.

VTh=Voltage between terminals A, B = IR2

(b) Emf is reduced to zero and the circuit can be redrawn as shown in figure.

Example :- Find the current in R2 when R2 = 11 ohms. Using Thevenin’s theorem as shown in figure?