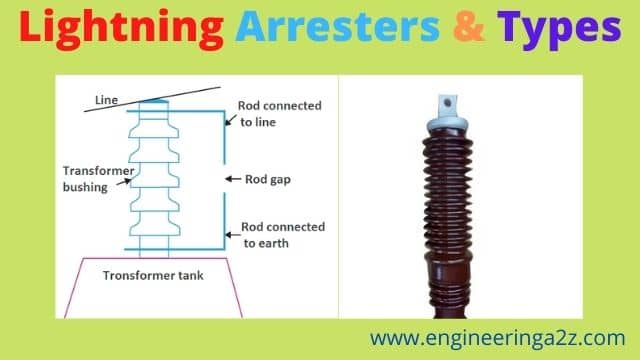 It is a large-scale electrostatic discharge that occurs between electrically charged areas within clouds or between a cloud and the planet’s surface. When warm air is combined with cooler air masses, atmospheric disturbances are created, which are required for polarising the atmosphere.

Every day, millions of flashes of lightning are produced by thousands of thunderstorms across the world, the majority of which occur in tropical and subtropical locations. Lightning may strike inside a structure by passing through electrical or telephone wires or metal pipes.

1. Under normal condition– The lightning arrestor is off the line i.e. it conducts no current to the earth or the gap is non-conducting. A lightning arrester can act as an open circuit during normal operation of the system, it limits the transient voltages to a safe level and brings the system back to its normal operational mode as soon as the transient voltages are suppressed. So, a lightning arrester or surge diverter must have an extremely high resistance during normal system operation and a relatively low resistance during transient overvoltage, which is due to its non-linear voltage-current characteristics

2. Under over voltage condition:-When overvoltage occurs, the air insulation across the gap breaks down and an are is formed, providing a low resistance path for the surge to the ground. In this way, the excess charge on the line due to the surge is harmlessly conducted through the arrester to the ground instead of being sent back over the line.

As the gap sparks over due to the overvoltage, the are would be a short-circuit on power system and may cause flow of current in the arrester. As the characteristics of resistor is to offer high resistance to high voltage, it prevents effect of short circuit. After surge is over, the resistor offers high resistance to make the gap non-conducting.

The main types of lightning arrester are :

Horn gap Lightning arrester consists of two horn shaped terminals separated by a small air gap between them. The horn are so constructed that distance between them gradually increases towards the top as shown in figure.

The horns are mounted on porcelain insulators. One end of horn is connected to the line through a resistance and choke coil while the other end is effectively grounded.

The resistance helps in limiting the follow current to a small value. The choke coil is so designed that it offers small reactance at normal power frequency but a very high reactance at transient frequency.

Thus, the choke does not allow the transients to enter the apparatus to be protected. The air gap between the horns is such that the length of the gap is directly proportional to the working voltage and is 1.6 mm for 440 V line,10 mm for 5000 V and 15 mm for 11000 V.

The oxide film lightning arrester is made of a number of small disc with a gap in series and is connected between line and earth. Each disc consists of two round brass discs (size 2.5″- diameter and0.5″ thick) fitted in between the porcelain tube.

The space between the discs is filled with lead peroxide (which has low resistance) and varnish which acts as an insulator. The operating voltage of each disc is 300 V approximately. The number of discs required for a system is confirmed from its working voltage.

When lightning voltage sparks over the gap, it develops a small puncture on the insulating coating and give passage to the discharge current to earth through the discs. This type of arrester is used for indoor and outdoor protection services upto 220 kV system.

These lead peroxide pills are coated with litharge powder which serves as an insulating film around the pills and are placed in a porcelain tube having metal electrodes at its each end. The litharge film on the pellets functions as a porous spacer and not as a solid insulation.

When a spark occurs over the film due to high surge voltage, it punctures film which again comes to its original condition after the discharge and thus becomes ready for next operation. Pellet arresters are suitable for outdoor protection service system of upto 73 kV.

Thyrite arrester is most commonly used for the protection against high voltages. The various parts of this arrester is shown in figure:-

It consists of series spark plugs and non-linear resistor discs (made of material such as thyrite, a dense inorganic compound of ceramic nature) in series. Both the assemblies are accommodated in tight porcelain container.

Under normal conditions, the normal system voltage is insufficient to cause the breakdown of air gap assembly. On the happening of an over-voltage, the breakdown of the series, spark gap takes place and the surge current is conducted to earth through the non-linear resistors. This lightning arrester is also used up to 240 kV transmitting system. It is essential to protect the distribution line from the lightning strokes thus, the overhead grounded line is used for this purpose.

By using of overhead ground wires shown in figure, the transmission lines can be protected against Lightning strokes. One ground and one line wire is shown in the figure.

When the direct lightning strokes occurs on the transmission line, it will be taken by ground wires. The heavy lightning current from the ground wires flows to the ground, thus protecting the line from harmful effects of lightning. 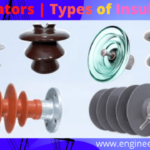 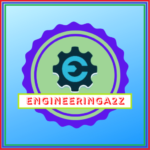 14 Difference Between Overhead and Underground Cables
Leave a comment