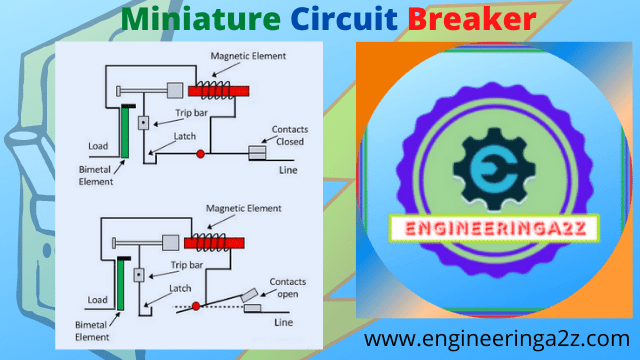 MCB stands for Miniature Circuit Breaker. It’s the most recent development in low-voltage circuit breaker technology. In both home and industrial applications, it can be used instead of fuses. In an abnormal condition, the MCB disconnects the circuit from the power source, and all that is required to restore the circuit is to simply turn on. A fuse, on the other hand, requires the replacement of the fuse element, which takes time, as does reconnecting the circuit.

For the protection of resistive loads such as lamps, heaters, and other electrical appliances.

In this type of MCB, we protected Inductive loads, such as motors and air conditioners.

For the protection of cables and high-starting-current inductive loads such as transformers.

Its design is based on current technological limitations. It has a current-carrying conductor in it. Contacts, a flexible cord, a current-carrying bimetal strip, chutes, and a tripping mechanism Thermal magnetic technology is used in MCBs. A temperature-sensitive device and a current-sensitive electro-magnetic device are used to give protection. Mechanically, both components activate the mechanism. The bimetal bends and triggers the tripping mechanism to trip the MCB when excess current runs across it owing to temperature generated by heating.

The arc chute separates the arc during tripping. As a result of the lengthening and cooling effects, the arc is quenched. The tripping mechanism isn’t intended to turn on the MCB automatically. While supplying the circuit, it necessitates human operation. An MCB has pure silver contacts. This has a number of benefits, including an extended contact life. Because of the low resistance, power loss is minimal. During the closure process, contacts have no bounce. These can withstand fault currents of up to ten kiloamperes. A schematic view of an MCB is shown in Figure .An operating handle is used to trip and reset the MCB usually.

It also shows the status of the circuit breaker when operated manually. The majority of MCBs are intended to trip even while the handle is held or locked in the ON position. This is also known as a “free” or “positive” trip operation. During operation, the actuator mechanism pushes the contacts together or apart. The MCB’s main contact allows current to flow when they are in contact and breaks the current when they are apart.

The following are the important features of MCB 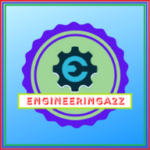 10 Difference Between Indoor and Outdoor Substations
Next Article 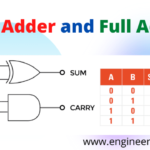 Half Adder and Full Adder Circuits with Truth Table
3 Comments