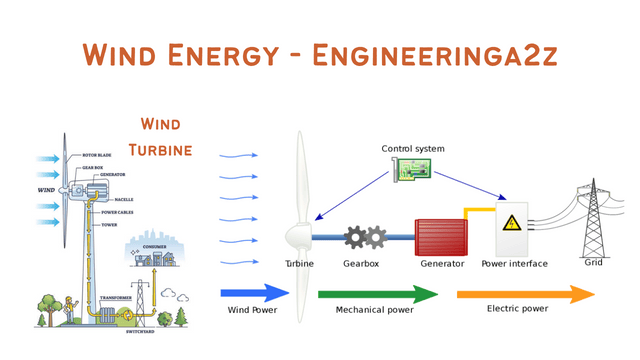 In the simple words, the kinetic energy obtained from the flow of air is called wind energy. Now a question would arise on our mind i.e. why air flow occurs? Air flows due to temperature difference in atmosphere. when sunlight reaches on earth surface, it becomes hot and some area is left without the sunlight so it becomes cool. As we know that air tends to move from hotter regions to cooler region. so, air flow is generally called wind.

Wind energy can be converted into electrical energy in wind power plants. it is generally referred as “WECS” stands for “Wind Energy Conversion System” . The main components of a wind power plants are :-

It is also called wind mill. wind turbine or wind mill is machine or device that convert the wind energy into mechanical energy. Blades of turbine are mounted on the shaft. it is available in various size and shapes.

Yaw is an important component of horizontal axis wind turbine. Yaw is used to change the direction of rotor when there is a change in the direction of wind. The yaw mechanism is activated by the electronic controller which several times per second checks the position of the wind vane on the turbine, whenever the turbine is running.

It is used to transfer mechanical energy at the top mounted equipment. It gives a better design flexibility and also reduces the cost of plant.

Generator is an electric machine which generates electricity. It may be D.C. or A.C. generator. Traditionally, there are three main types of wind turbine generators, which can be considered for the various wind turbine systems, these being direct current (DC), alternating current (AC), synchronous and AC asynchronous generators. 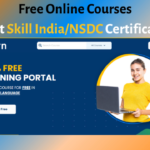 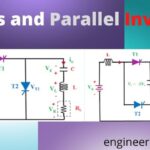