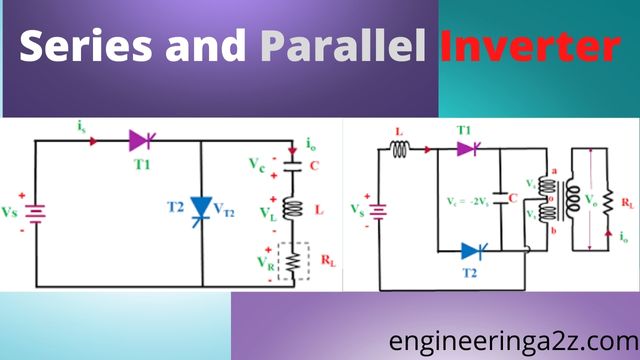 Inverter is a static electrical device which is used to convert Dc power into Ac power.by switching the Dc input voltage in a predetermined sequence so as to generate AC voltage output. Now in simple inverter circuit, DC power is connected to a transformer through the centre -tap of the primary winding. A switch is rapidly switched back and to allow current to flow back to the DC source following two alternate paths through one end of the primary winding and then the other. The alternation of the direction of current in the primary winding of the transformer produces alternating current (AC) in the secondary circuit.

The switch in the simple inverter described above produces a square voltage waveform as opposed to the sinusoidal waveform that is the usual waveform of an AC power supply. Using Fourier analysis, periodic waveforms are represented as the sum of an infinite series of sine waves. The sine wave that has the same frequency as the original waveform is called the fundamental component. The other sine waves, called harmonics that are included in the series have frequencies that are integral multiples of the fundamental frequency.

The heart of the inverter circuit is the resonant circuit. It is formed by suitable combination of inductor/capacitor with resistor of required value. In order to produce a sinusoidal output, this type of inverter is frequently designed considerably under-damped, and is driven with a very small conduction gap (assumed negligible) between the extinction of one SCR and the firing of the other one. Series inverters are characterised by the load impedance capacitive at low frequency and inductive at high frequency. The transition frequency between being capacitive and inductive is the resonant frequency, a. at which frequency the L-C-R load circuit appears purely resistive and maximum power is transferred to the load, R.

The commutating components L & C are selected such that they together with the load form an under-damped circuit. Both the SCRs T₂, & T₂ are turned ON alternatively at some interval. It is to be noted that under no circumstances; both the SCRS should be turned ON simultaneously. Otherwise it will cause the short circuit.

The capacitor in series with the load causes natural commutation to occur, and also forces the average (not the effective or RMS) load current to be zero. So this is the self commutating circuit. Capacitor will help to turn OFF the SCRs. The capacitor has an external path through which to release its stored energy. The parallel resonant circuit can release its stored inductive energy within its parallel circuit, without an external circuit.

The stored energy can internally resonate, transferring energy back and forth between the L and C. gradually dissipating in the circuit R, as heat. Because of this fact, the load current lout and voltage Vout are independent of the location of the return lead from the load. It can be returned to either end of the DC source. In this circuit; L is large enough that the circuit is under-damped oscillatory (ie., L> R2*C/4R)

The commutating capacitor effectively resonates with the load, thereby absorbing the energy stored by L1 each half cycle. Current does not automatically decrease below the holding current to achieve turn-off. However, when the next load-carrying SCR is fired, the commutation capacitor is connected so that its voltage reverse biases the SCR which had been conducting, causing it to turn-off.

Complementary commutation permits the parallel inverter to be operated with variable pulse widths and at somewhat higher frequencies than the corresponding series inverter. However, the circuit is not self-starting. Special arrangements must be made to establish an appropriate initial charge on C so that the first SCR can be turned off after the first half cycle. The circuit also cannot be turned off by simply removing the firing pulses.

Thus, if trigger pulses are periodically applied to the alternate SCRs, an approximately rectangular voltage wave will be obtained at the transformer output terminals. 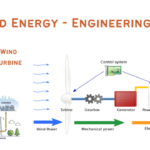 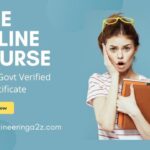