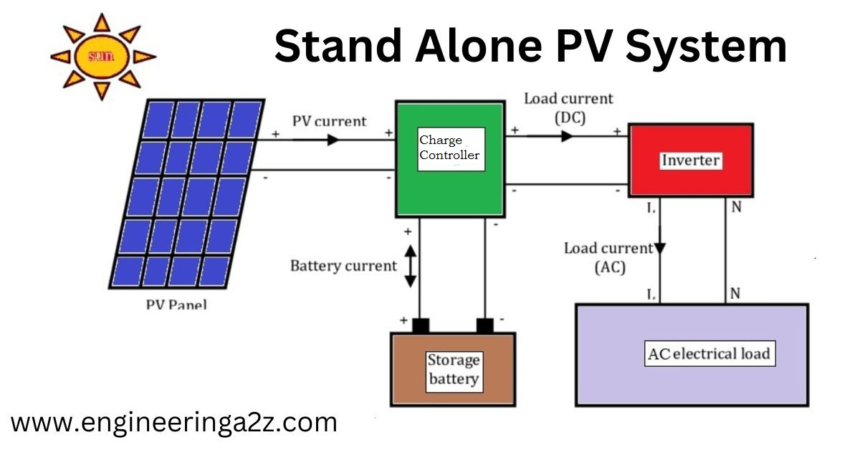 It is the combination of Solar cells, connections, Supports etc. In the present Modeling, the focus is only on Cell/ Module/ Array.

During Darkness the solar cell is not Working, it works as diode. It produces neither voltage nor a current, however if it is Connected to an external Supply. It generate a current ID Known as Diode current. Solar cell usually represented as.

In this Iph is photo-current, ID is diode current and Rs is series resistance, which represents the resistance inside each cell. so, the current is the difference between the Iph & ID. i.e.

Cells are normally grouped into modules, which are covered with various materials to protect the cells and electrical connectors from the environment.

The manufacturers supply PV cells in modules, which consist of NP-parallel branches, each with NS-solar cells in series. Voltage at the module’s terminals is denoted by Vm, while the total generated current by the module is denoted by Im.

The models in a pv system are typically connected in arrays. The applied voltage terminals are denoted by VA and the total current of the array is denoted by IA .

The battery is necessary in such a system because of the fluctuating nature of the output delivered by PV arrays. Thus, during the daytime or sunshine hours, the PV system directly feeds the load.

All Power System must include a control strategy. The use of battery as a storage form, Implies during the Presence of Charge controller, The charge controller is use to manage the energy flow to PV system, batteries & loads.

When the battery voltage fluctuates between maximum & minimum voltages.

Over Charge and Over Discharge Condition

when the battery voltage reaches some critical levels, i.e.

As we know, the PV array produces dc power, and therefore, when a stand-alone PV system contains an AC load, it is required to convert dc to ac.

The inverter is characterized by a power-dependent efficiency. The role of the inverter is to keep the AC side voltage constant at the rated voltage of 220 volts.

Load refers to the power consumption of the device used in the system. The load may be of many types both of DC and AC. AC load like electric heater.

Difference Between AC and DC Welding
Leave a comment 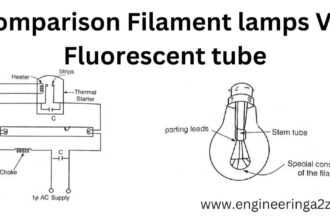