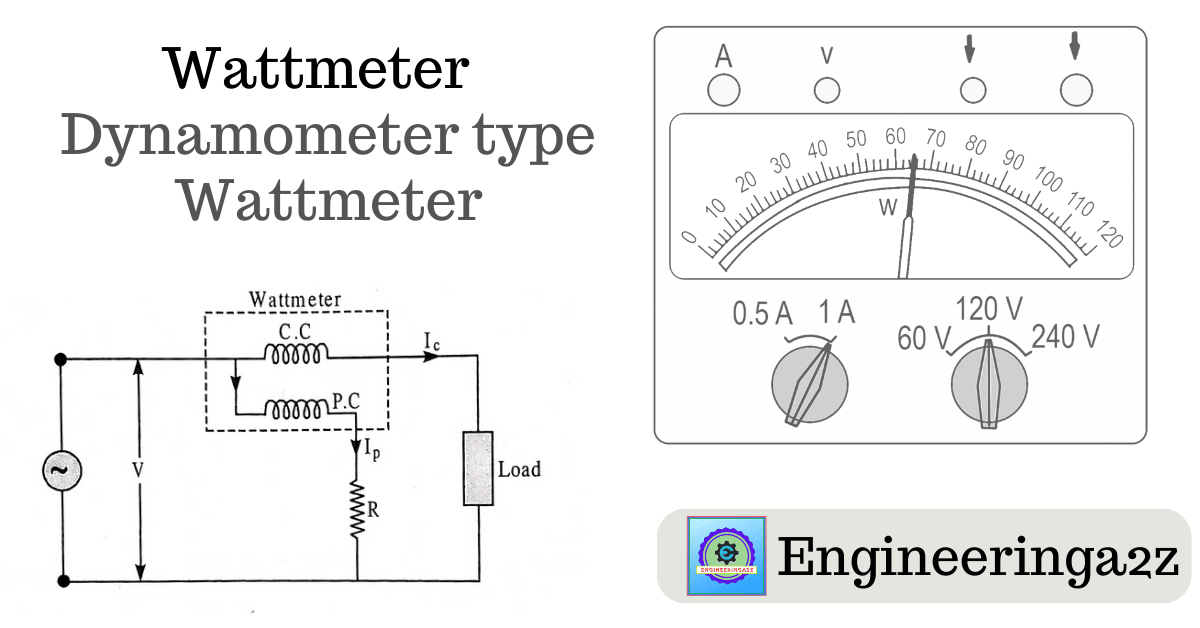 The instrument which is used for the measurement of power is called as wattmeter. The wattmeter consists of two coils i.e. current coil CC and pressure coil PC. The operating torque is produced due to the interaction of currents in current coil as well as in pressure coil. The figure shows the connections of the wattmeter in an electrical circuit.

There are mainly four types of wattmeter :

These devices primarily consist of a moving coil made of fine wire that is placed in the magnetic field created when the fixed coils carry current. When using the instrument with A.C., the coils are typically air cored to prevent hysteresis, eddy currents, and other problems.
These devices can be used as voltmeters or ammeters, although they are typically used as wattmeter. They are appropriate for both AC and D.C. systems.

When a current carrying moving coil is placed in the magnetic field produced by the current carrying fixed coil, a force is exerted on the sides of coil of the moving coil, thus the deflection takes place and so the pointer moves over the scale. The pointer comes to rest at a position where controlling torque is equal to deflecting torque. The reversal of current reverses the current in current coils, both fixed coil and pressure coil (moving coil) so the direction of the deflecting torque remains unchanged.

Hence such instruments can be used on d.c. as well as a.c. power. The controlling torque is provided by springs which also serve the additional purpose of leading current into and out of the moving coil. Air friction damping is used in such instruments.

Let, V = Voltage across the load

Consider that the watt meter is connected in an a.c. system to measure power. Let at any instant, current through the load is i and voltage across the load is v, the power factor be cosΦ(lagging)

Due to inertia of the moving system, the deflection will be proportional to the average torque.

Hence such instrument have uniform scale. 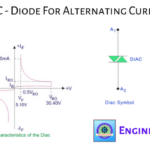