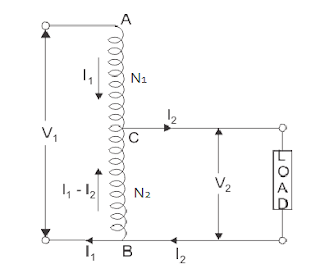 Construction & Working :- The primary winding AB having N1 turns & BC is secondary winding having N2 turns. The tapping is taken at point C. The tapping may be fixed or variable.

The working of autotransformer is based on the principle of electromagnetic induction similar to the two winding. When AC voltage V1 is applied across AB, an alternating flux is setup in the core, it induces an e.m.f. E1 in the winding AB. The part of the e.m.f. is taken in the secondary circuit. 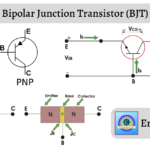