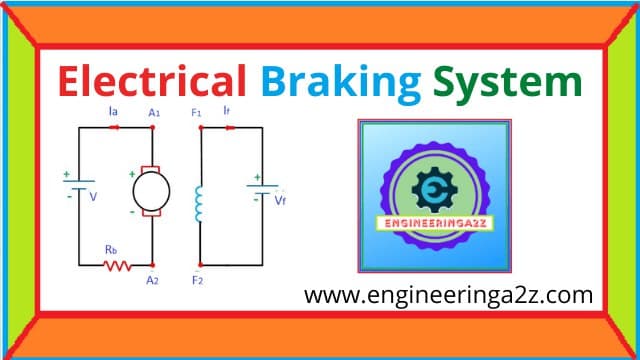 This is the method in which kinetic energy of the motor is converted into electric energy and dissipated as heat in a resistance and returned to supply. Note that electric brake cannot stop a motor and ultimately mechanical brakes are used. However electric braking reduces the stopping time and also wear and tear.

Characteristics of a good braking system

This is the simplest method in which connection of the armature are reversed. As the motor moves in reverse direction, mechanical brakes are instantly applied and the motor stops, consequently the supply to the motor is disconnected automatically

Normal running Braking : Note that field connection remain unchanged. In order to limit the current to safe value, a variable resistance is inserted in the circuit while changing connections.

The plugging in series motor is done as in the case of a shunt motor. It should be noted that, during braking, in addition to the K.E of the motors (series as well as shunt) being dissipated in the resistance, some energy is also drawn from the supply so there is a wastage of energy.

Also when the motor is driving a load, the load will exert an additional breaking corque so total braking torque on the motor is due to braking plus due to load.

If any two phases of a 3 phase induction motor are interchanged, the direction of rotation of the motor is reversed. This produces a braking torque. Supply to motor should be cut off when the motor stops, otherwise the motor will start rotating in the reverse direction.

In synchronous motor fitted with Damper Winding, braking effect is produced when their dc excitation is reversed due to eddy currents induced (in the damper winding).

This is also called as Dynamic braking. In this method armature of the running motor is disconnected from the supply and is connected across a variable resistor. However a field winding remains connected with the supply. The motor acts a generator sending a large current through the resistance. This causes energy of the rotating rotor dissipated in the resistor. As a result the motor stops.

The rheostatic braking in dc shunt motor is shown in figure. The braking torque can be adjusted by adjusting the variable resistor. By decreasing R, braking torque can be increased and vice versa. This method is used hoists and elevators in which motor needs starting, stopping and reversing frequently.

The Rheostatic breaking in series motor is shown in Figure. It is same as in case of shunt motor. The motor ta generator, for this it is necessary that the total resistance in the circuit is less than the critical resistance, so that the generator may be self excited.

The stator is disconnected from the supply and connected to dc supply. When the rotating conductors cut the of the steady flux of dc supply an emf is induced in them which provides braking effect.

The field excitation is maintained and the motor after disconnecting from the supply is connected to resistance in star or Delta, It now acts as alternator and losses are dissipated in the resistor

In this braking the motor is run as a generator and K.E of the motor is converted into electrical energy which is returned back to the supply. This braking is used in DC Traction.

The motor works as a differential compound motor and braking effect is produced.

The regenerative breaking is not used in synchronous motors. 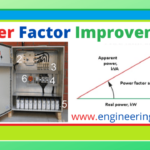 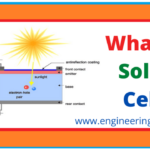 What is Solar Cell or Photovoltaic Cell
Leave a comment